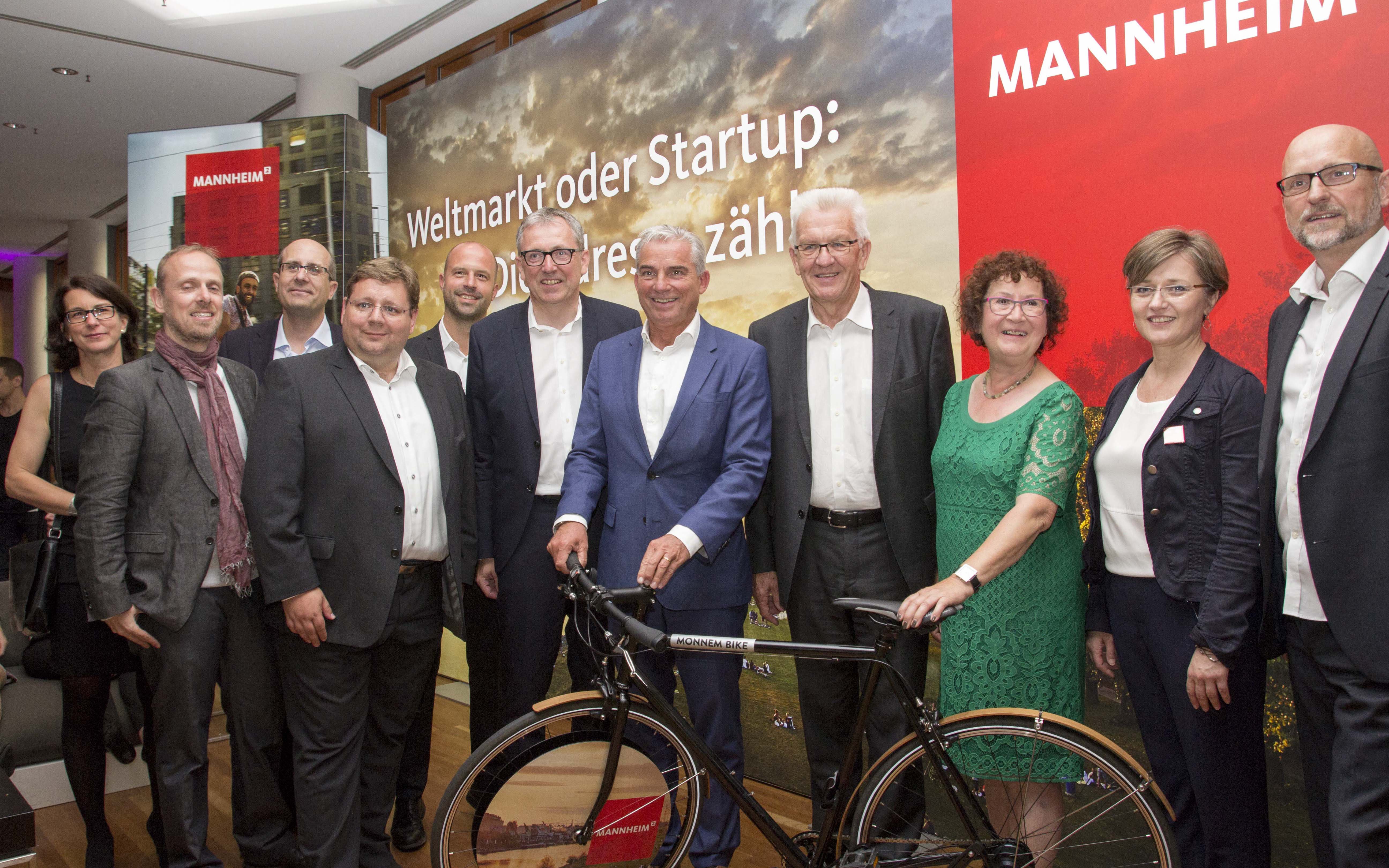 Mannheim is the cradle of modern mobility and used the theme of the Stallwächterparty to present itself in that light. Ingenuity is part of Mannheim’s DNA. Innovations have been launched here for centuries. As a city of founders and innovators, it has always encouraged unique ideas and created space for the unusual. “We are pleased to present Mannheim in Berlin as a city that unites great traditions, formative innovations and an urban lifestyle”, commented Lord Mayor Dr. Peter Kurz. 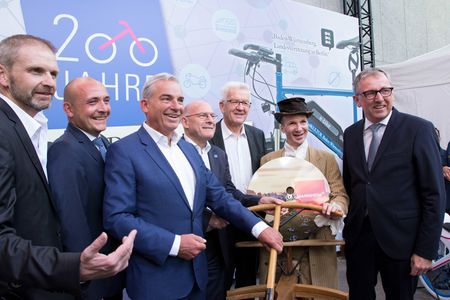 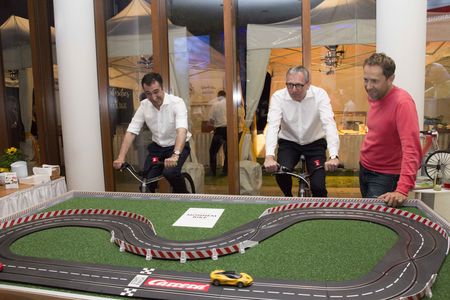 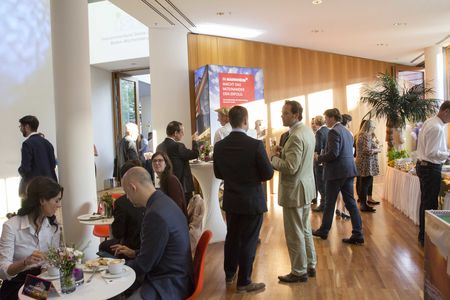 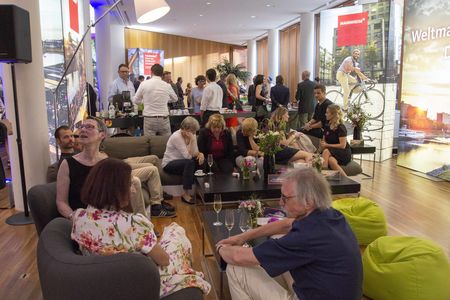 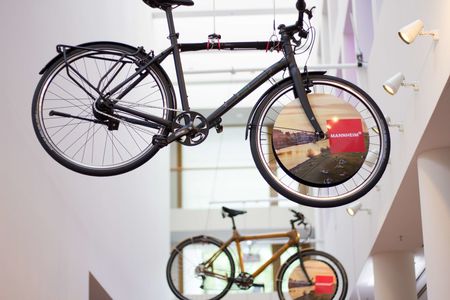 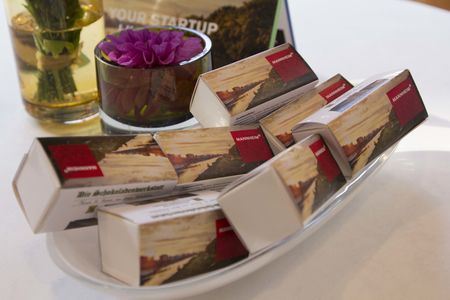 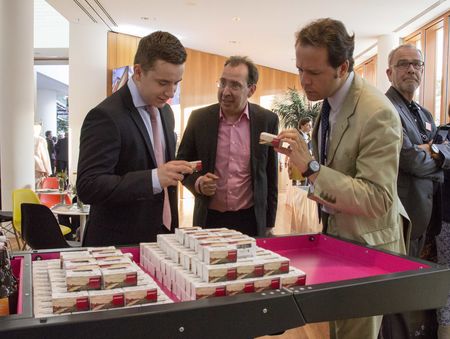 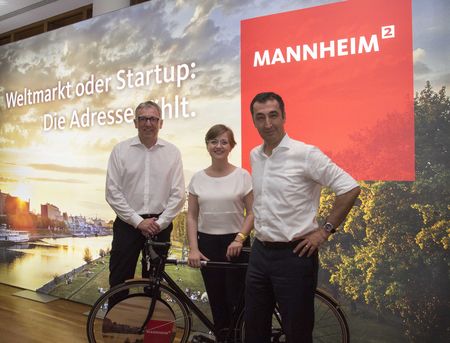 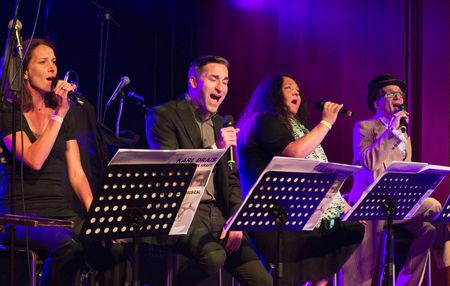 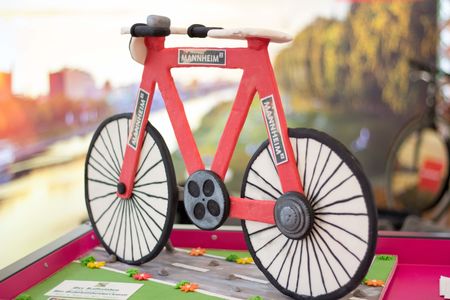 Then as now, innovation strength and mobility expertise go hand in hand in Mannheim. This is demonstrated by numerous current examples. In particular, networked forms of mobility – today, for example, the equal and intelligent linking of public transport with car and bike sharing offerings – are currently a major trend. In Mannheim, the corresponding infrastructures are being promoted in the development of the FRANKLIN district, a former military area. Under the guiding principle of the “Blue Village”, this newly emerging city quarter offers a unique opportunity to test new mobility concepts.

This includes planning for the use of electrically powered buses such as RNV PRIMOVE, which is already being used elsewhere in the city. There are also plans for research into the use of an autonomous shuttle system and the intended construction of an e-vehicle fleet and the widespread expansion of public-sector charging infrastructure, involving partners such as MVV Energie. “We are developing FRANKLIN into a model district for the energy system of the future”, explained MVV board member Ralf Klöpfer. “Mobility plays a key role in this regard, alongside environmentally and climate-friendly electricity and heating supply with maximum energy efficiency and the integration of renewable energies. To achieve this, we are exploiting new possibilities offered by digitisation and innovative technologies.”

The Stadtmarketing team aimed to make the virtues of Mannheim accessible and perceptible nationwide. Under the motto “World Market or Start-up: the Address Counts”, we took visitors to our stand at the Stable Guard Party on a journey from the past to the present of an innovative entrepreneurial town and brought the ingenuity of Mannheim to Berlin. 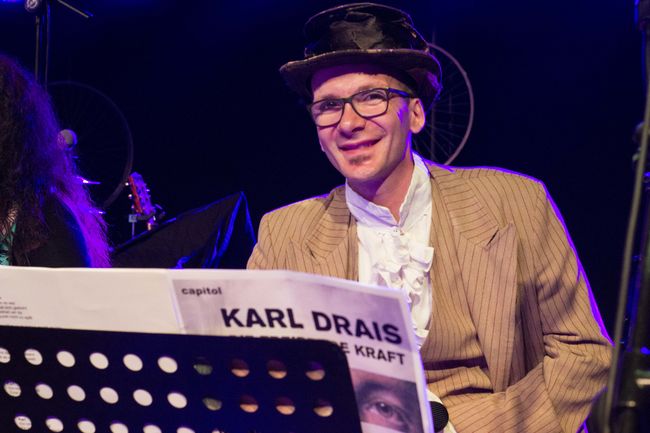 On our stand, guests were able to pedal themselves on the bike-driven model car racing track, refresh themselves at the Coffee Bike or enjoy a glass of “Monnem Bike Radler” – Mannheim “Radler”, which is a refreshing mix of beer and lemonade. This was specially brewed for us by the Eichbaum brewery in Mannheim to mark the anniversary of the bicycle. Two excerpts from the musical “Karl Drais – The Driving Force” were presented on stage during the evening. This in-house production of the non-profit children’s and adult theatre “Capitol Mannheim” is set in the summer of 1817 and explores the birth of the bicycle and especially its inventor Karl Drais. Producer Michael Herberger gives this piece of music theatre with its specially composed songs the necessary “driving” pulse. Rino Galiano, Mannheim actor, singer and all-round talent, perfectly captured the mood of the time and the spirit of innovation with his incisive lyrics. As a walking act, he also slipped into the role of Karl Drais in Berlin.