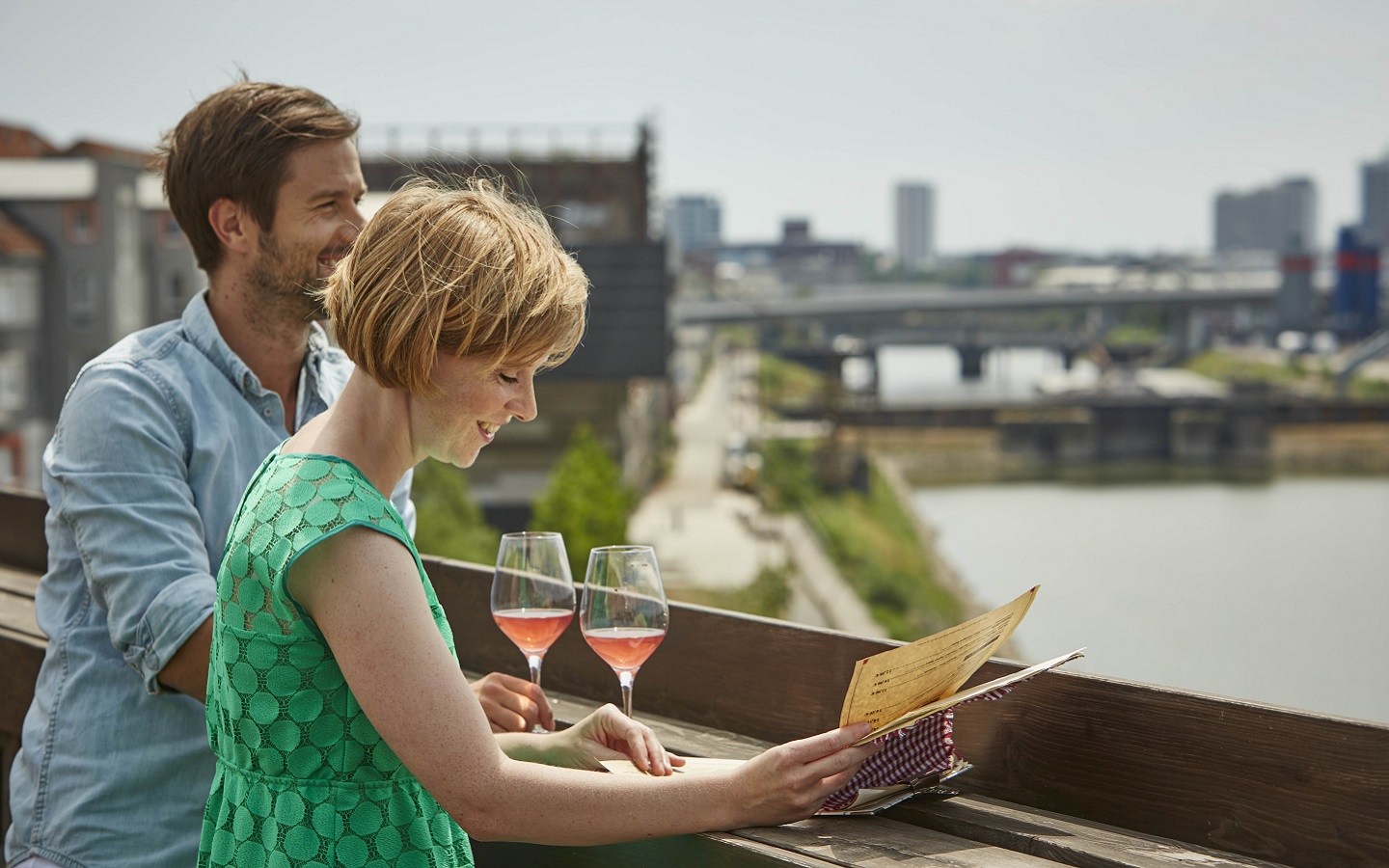 Stadtmarketing Mannheim GmbH regularly invites journalists to Mannheim to introduce you to the pulsating city on the Rhine and Neckar. Through individual programs, they experience the city to their taste and get to know different aspects.

24 hours in Mannheim (DB MOBIL)
In November 2019, an editor from the German railway’s DB MOBIL magazine was a guest in Mannheim for 24 hours – exactly the time span for which the tips in the popular “24 hours in...” section are compiled. The format of this column takes the author by train to a city where – armed only with previous knowledge, prejudices or even ignorance – he or she goes on a 24-hour journey of discovery. In the subsequent February issue of DB MOBIL, the music city of Mannheim was placed in the context of its rich musical life and the Beethoven anniversary. With a reach of 1.33 million readers, these magazines headed off on tour throughout Germany on all long-distance trains in early 2020. You can read the February issue of DB MOBIL here (see page 42 in PDF).

Individual press trip: “24 hours in Mannheim” (Netherlands)
In the “Vrij Magazine”, the Saturday supplement of one of the largest Dutch daily newspapers (“De Telegraaf”), a two-page article about “24 hours in Mannheim” was published in September 2019. With a circulation of 550,000, the newspaper reaches around 1,375,000 Dutch people – a fantastic opportunity to present the city to a wide Dutch audience. The author of the article was a guest in Mannheim in July and provided some top tips for a day in Mannheim: from strolling through the city’s Planken shopping area and browsing in individual shops, to the Luisenpark, the Technoseum and traditional sights such as the baroque palace. Click here to view the online version of the article.

Individual press trip: City break in the city of music (Switzerland
From 15 to 18 May 2019, an editor from the Swiss women’s magazine “Annabelle” visited Mannheim to present the city as a vibrant destination with a richly varied programme in the “Postcard” section. From music events to the traditional sights, from the open urban art gallery Stadt.Wand.Kunst to shopping facilities, her article contained a wealth of tips for a stay in Mannheim. The editorial team obviously liked Mannheim – they are now listing the city among the “most beautiful cities” that are just “a train ride away”.

Group press trip: Bauhaus and Modern Art (Belgium and Luxembourg)
To mark the 100th anniversary of the Bauhaus in 2019, six cultural journalists from Belgium and Luxembourg were guests in Mannheim from 28 to 29 March. Their visit began with a guided tour on the theme of the Bauhaus in Mannheim, during which they explored a number of Bauhaus-influenced buildings in the city centre. In keeping with the theme of the tour, there followed a visit to the Kunsthalle, where works by Paul Klee and Wassily Kandinsky were on display, among others. Before our guests left the next morning, the programme was rounded off by the “Stadt.Wand.Kunst” city tour with a visit to some of the murals of the open urban art gallery – and of course various Mannheim sights that were located in the squares along the route as well. This resulted in this article in the Belgian architecture magazine A+ and this radio report on Belgian Radio.

Group and single press trips "Bicycle" (DE, USA, CH, BE, IT)
On the occasion of the Bicycle Anniversary 2017, nearly 10 international press trips on the subject of bicycles took place in Mannheim. The individual programs led journalists to the special exhibition "2 Wheels - 200 Years: Freiherr von Drais and the History of Bicycles" at the TECHNOSEUM, as well as a bicycle tour through the city square and to Mannheim attractions and personalities who are closely linked to the topic of cycling , This resulted in articles in the Stuttgarter Zeitung, the Frankfurter Neue Presse, the WAZ, the Basler Zeitung, the New York Post and the Washington Post.

Group and individual press trips "Beer" (DE, USA, CH)
In 2016, the topic of beer with the 500th anniversary of the German Purity Law was the focus of marketing activities in Germany and also in Mannheim. Interested journalists got an insight into the beer brewing art of the traditional brewery Eichbaum and learned interesting facts in the TECHNOSEUM, which in this connection the exhibition "beer - brewing art and 500 years German purity requirement" showed. This also resulted in extensive newspaper articles, such as in the Neue Züricher Zeitung and the Esslinger Zeitung as well as some blog posts in the USA and Switzerland. 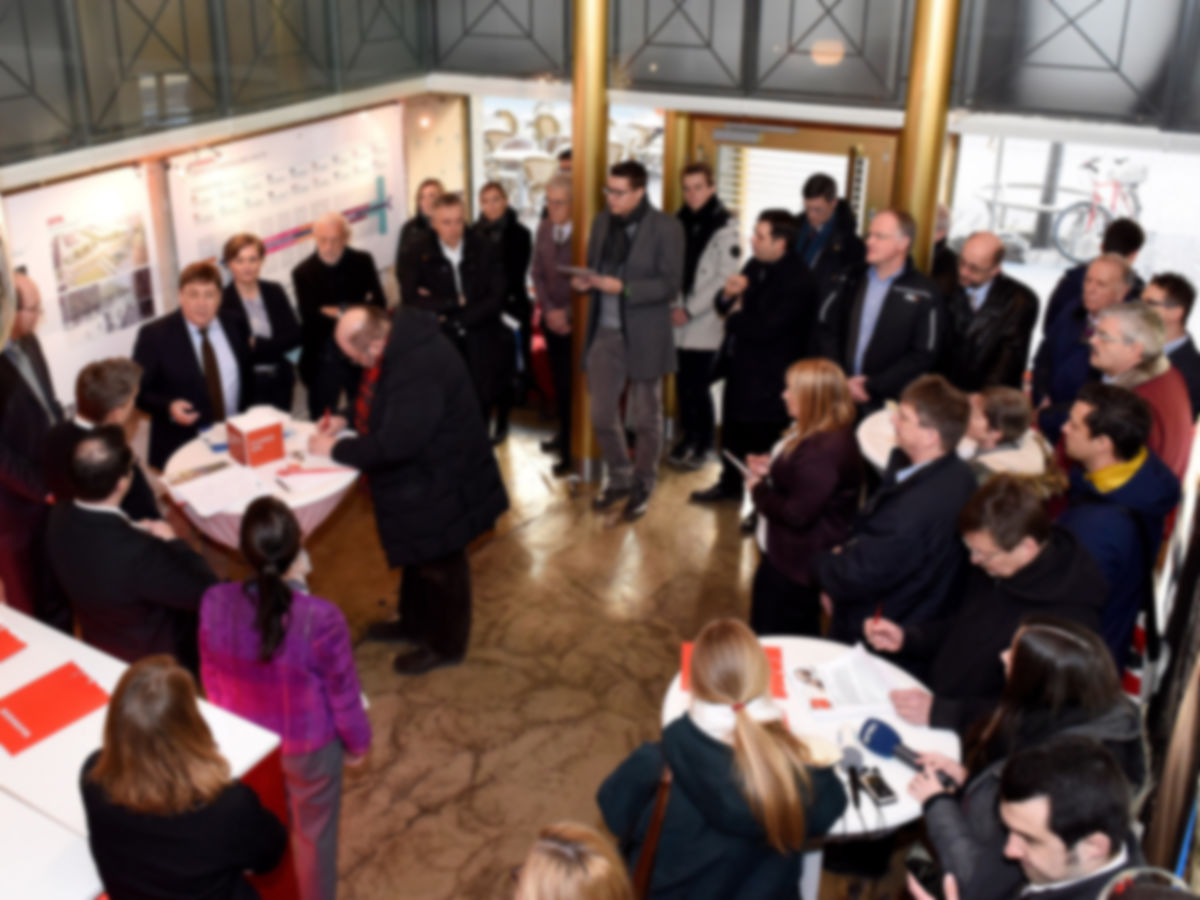